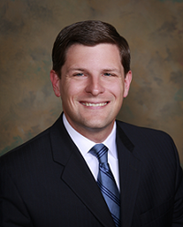 Attorney Riccio II has tried over 75 criminal cases to a conclusion in both state and federal courts, having obtained multiple “not guilty” verdicts in both forums.  He has also argued cases in the Connecticut Appellate Court, Connecticut Supreme Court and Second Circuit Court of Appeals.

Attorney Riccio II is a member of the Executive Board of the Connecticut Criminal Defense Lawyers Association (CCDLA).  CCDLA is a statewide organization of approximately 350 attorneys dedicated to defending people accused of criminal offenses.  CCDLA works to improve the criminal justice system by ensuring that an individual’s constitutional rights are applied fairly and equally. Attorney Riccio has provided testimony both for and against legislative proposals to the Connecticut House of Representatives and Senate as part of the Executive Board.